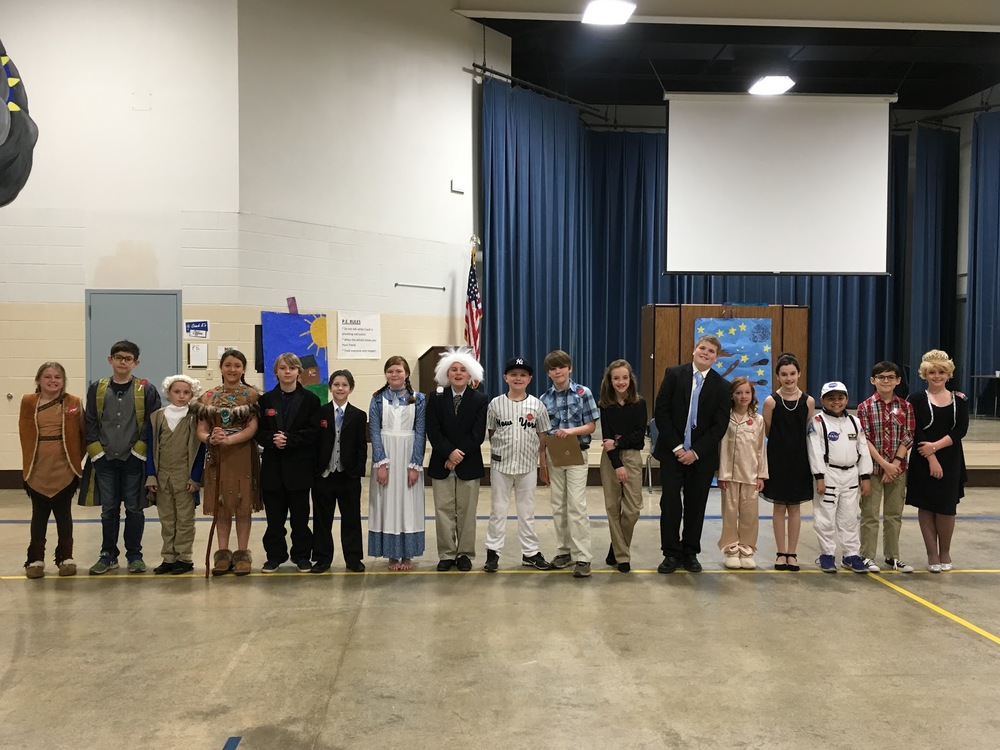 GT students in the 4th and 5th grades at JBE participated in the Living Wax Museum and presented it to the K-5 students.

Students researched a famous person, then were required to dress up as the person they chose and give a minute and a half speech about them. The students also created a backdrop related to their person. The figures only “came to life” when their red button was pressed and at that time they gave their speech. When finished presenting their speech, the figures returned to their original position. The Living Wax Museum was displayed during the annual Student Showcase on March 15th.