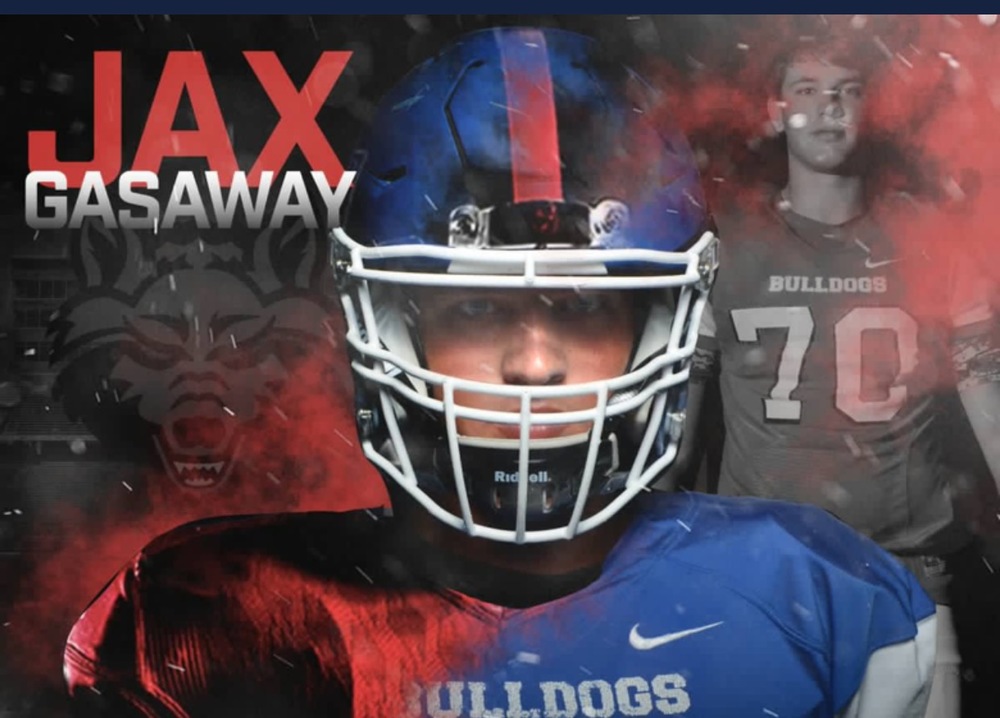 SCHS Senior Jax Gasaway signed his National Letter of Intent with the Arkansas State University Red Wolves Wednesday, February 7th.  The 2018 senior class, along with the Bulldog football team, joined Jax’s family and friends to witness his commitment. Jax chose ASU because it’s a “family oriented championship program with a great coaching staff”. Head coach Jett Furneaux spoke to the crowd, praising Jax’s determination and dedication to the sport.  “Some guys are asking to come off the field in a tough game, but not Jax.  He’s mad when you pull him,” Furneaux said.  Jax thanked his family and friends for helping him reach this important milestone.  Principal Jason Williamson encouraged Jax to remember that the term is “student-athlete” for a reason, and that education should be his number one priority.  To close the ceremony, the senior class and Jax sang the SCHS alma mater.

Congratulations Jax!  We are ready to watch you play in the red and black after so many years in the blue and white.